What Sets Us Apart From Other Covert Surveillance Companies?

Mobius International UK is one of the leading security specialists in the UK and indeed worldwide. One among many of the services we expertly provide is covert surveillance; and what sets us apart from other covert surveillance companies is the sheer breadth and depth of experience our operatives possess.

Surveillance generally is the systematic gathering of information by covert means including technical, visual, and photographic, of a person or location for a particular purpose and by various means. That might be to gather evidence to bring a legal action or otherwise, to gain intelligence on opponents or adversaries, or to confirm suspicions of undesirable activity, for instance.

The difference between covert and overt surveillance

Covert surveillance is the process of carrying out that information-gathering without the subject ever being aware that any observation is taking place. It is often used to proactively secure hard evidence where there is a strong suspicion that some form of wrongdoing is taking place. Scenarios in which you might hire a covert surveillance company include cases of suspected theft or fraud, industrial espionage, employment issues, or to investigate the actions of extremist organisations.

Its counterpart, overt surveillance, is carried out visibly, often to act as a deterrent to criminal activity or to give businesses or people peace of mind.

When covert surveillance can be beneficial

The main advantage of covert surveillance is that the subject, being unaware that their actions are being monitored, is more likely to behave as they typically would, allowing the operative to gather evidence of any wrongdoing. That allows the client the opportunity to take corrective action before the situation escalates.

Another benefit associated with covert surveillance is that this information can be gathered without inflaming already potentially volatile situations; and while maintaining the anonymity of the individual or organisation commissioning the surveillance.

For a professional and global protective surveillance team, contact Mobius International today on 0207 060 5595.

Why you need a highly experienced team

While covert surveillance is entirely lawful in principle in the UK, its implementation must necessarily be justifiable and undertaken carefully in order not to breach individuals rights.

Surveillance within government organisations is regulated through the Regulation of Investigatory Powers Act 2000. RIPA has to be authorised by an authority dependent on the manner that required surveillance would be conducted. The two methods are:

Directed Surveillance, defined as – “Covert surveillance of individuals (foot or mobile) during a specific but non-intrusive investigation where Surveillance is defined as including any monitoring, observing and listening to persons, their movements, conversations or other activities or communications where it is carried out in such a way to ensure that those targeted are unaware that it is taking place It also includes any recording of such activity and surveillance by or with assistance of a device.

Within the private sector, many of the methods used under intrusive surveillance would be illegal. The general presumption is that covert surveillance should only be utilised where exceptional circumstances apply; and should be conducted with all due regard for, and in accordance with, both the legislation and legal precedents laid down by the Courts.

At Mobius International UK, a highly respected surveillance company in Greater London, our extensive experience and highly trained personnel can advise on when this method of data gathering is appropriate and beneficial. We also ensure that all actions are carried out consistently within the confines of UK legislation. Not only does this make it more certain that any evidence gathered will be admissible in a court of law or a tribunal if that is the desired result. It also protects your reputation by guaranteeing the methods used to secure that intelligence are above reproach in terms of the legal framework.

Our experience and personnel

Unlike some other covert and counter surveillance companies, we only ever recruit highly experienced and appropriately qualified personnel to carry out the work we undertake on behalf of our clients. Our teams are comprised of former members of specialist government units including MI5 (Security Service), the UK Special Forces (SRR), the Metropolitan Police Specialist Crime and Operations unit (SCO11 Surveillance), the Metropolitan Police Counter Terrorism Command (SO15), and the Terrorism Investigation Unit, Police Service Northern Ireland. Our resources also include a network of existing and former government contacts worldwide.

Covert surveillance is just one of the many services that we at Mobius International UK, a trusted surveillance company in Greater London, can provide for you. Other specialist security services we offer include asset protection, intelligence gathering, counter-terrorism searches, event security, residential and office security systems, and more.

If you would like further information on any of our services, feel free to contact us today on 0207 060 5595. We can assess your current needs and make recommendations on the best security solutions tailor-made for you and your situation.

Yes, it is. There is no law prohibiting covert surveillance in the UK, although there are legal requirements to be adhered to if it is undertaken. However, covert surveillance should only be used in exceptional situations where there’s a demonstrable need, such as to check for threats, to detect wrongdoing, or to ensure the safety of important people.

Where would covert surveillance techniques be used?

Over the years, public authorities such as intelligence agencies, law enforcement, local authorities, and various regulatory bodies have used a broad range of undercover monitoring service techniques. They utilise these strategies to gather evidence on suspects without them knowing that they are under investigation.

What does covert surveillance mean?

Covert surveillance in London is the act of monitoring an individual, group, location, or asset without others’ knowledge. Often, surveillance is carried out by police officers in the course of their duty to investigate suspects and prevent a crime or violation of the law. At Mobius International, our experienced ex-government personnel are adept at covert surveillance tailored to your requirements.

What does counter surveillance mean?

What types of crime are covert surveillance techniques useful for?

As covert surveillance techniques are highly effective for gathering information on a person or an organisation without detection, they are particularly useful for the investigation of various crimes. These include crimes at the workplace, terrorism, insurance fraud, and many other illegal activities.

Invisible Policing: Inside The World Of Covert Surveillance

Covert surveillance is subject to legal constraint and statutory oversight, an environment in which our protective security specialists here at Mobius International are well-trained in operating. To date, covert surveillance is considered to be one of the most effective ways to gather intelligence, whether on a specific person or a particular building or location.

Covert surveillance in Greater London includes security measures that are unseen by the non-security person and trained security alike.

Due to its covert nature, the purpose of this type of surveillance isn’t necessarily to deter criminal activity. However, one advantage is that if it is made known that covert surveillance and security are present in a situation or area, it can be a highly effective deterrent to hostile individuals or groups.

Another advantage is that the agents of a competent surveillance company in Greater London do not stick to any set routine, making them unpredictable. They will also have highly developed and convincing cover stories ready, as well as civilian vehicles, props, and attire, to help avoid suspicion. 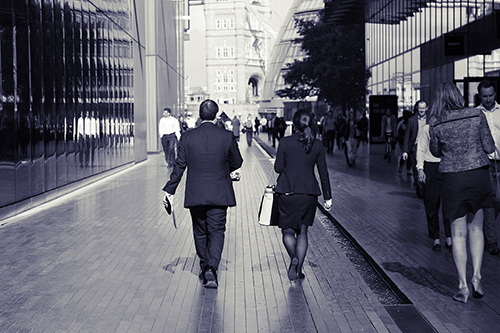 One final advantage of working with a professional private surveyance company like Mobius is information gathering. Since our agents are covert, they won’t be targets, and are therefore free to collect information on potential suspects. They will also have the element of surprise on their side, whether that’s to warn people of an impending attack or stop an attack as soon as it unfolds.

If you are looking for a trustworthy covert surveillance company in Greater London, there is no better choice than Mobius International UK. We make it a point to employ only government-trained and highly experienced personnel, making our services second to none in the industry. Work with us today.