Posted at 11:37h in Blog, Uncategorised by user_warren
0 Likes

A look at how we define ‘Operational Success’?

“The road to success and the road to failure are almost exactly the same.”

In all of these posts there is nothing of the sort. This then made me think about how others view ‘Success’ and how, specifically, those employed within the Protective Services industry define – ‘Operational Success’.

The Oxford Dictionary defines ‘Success’ as;

…and here within, Protective Services operationally speaking, remains the confusion – and it requires a complete change of mindset.
How can you determine if the mitigation practises you put into action were successful or not? Do you define your ‘operation’ a ‘success’ by the absence of any incident?

“We should not define the success of any security operation by the absence of any incident. You will not know if your operational efforts have thwarted an attack until they have been tested, whether it be the threat scoping out and choosing to prefer a softer target – or indeed if their attack simply failed as a direct result of your actions and reactions.”

Defining a security operation as a ‘Success’ based solely on the absence of anything untoward occurring is not a ‘success’ in the true meaning of the word but mere ‘operational completion’. Yet, there remains an inherent mindset towards an operation being a ‘success’ based purely on the absence of any incident; such as alluded to in the following quote:

“Much to the contrary of films and general image, the role of the Close Protection team is NOT to hang around the principal, hoping to repel attacks with karate kicks and dazzling marksmanship. The true role is that of anticipation and prevention. Rather than rely on quick reactions at the moment of attack, the principle function of a team is to reduce the opportunity for attack in such a manner that potential attackers are detected in advance, or become discouraged and if in such an environment, select a ‘softer’ target. For this reason the success of a team’s efforts is characterised by the absence of any incident. Hence, cranial size and experience is infinitely more relevant than weapon calibre or anaerobic capacity.”

The reason why we should not pat ourselves on our backs in congratulation to ‘yet another successful operation’ is based purely on the absence of any tangibly identifiable threats. For the most part, “Protective Services’/ ‘Executive Protection’/ ‘Close Protection’/’Bodyguards’ are used as a form of insurance. The client is ‘insured’ against threats. We know these threats are present through historical acts and the subsequent potential for future harm – yet – we cannot SEE them. We need to ask ourselves 3 questions;

1. How, therefore, can you determine if the mitigation practises you put into action were successful or not if they weren’t tested?

2. How do you know they were not tested?

3. How can you therefore surmise that your TTP’s, (Tactics, Techniques and Procedure) were effective in mitigating such threats?

It must be said that if an attack has gone in then something drastically wrong by the afforded Close Protection has been done (or not been done) in the lead up. It is very difficult to gauge how successful a CP Team is during an operation. It is frequently stated that a CP team will never know if their operational presence, procedures or appearance have thwarted a potential attack with the threat preferring to choose a ‘softer’ target. To a certain extent, this is true but with it brings a false sense of security that the very risk mitigation methods/ procedures used are effective and are working, and that any changes to these are indeed not required. 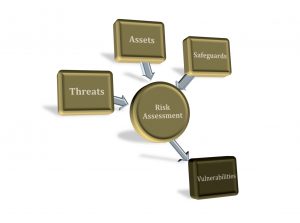 This ‘So far, so good’ mentality is commonly adopted throughout the security industry but being more relevant to CP operations. I was once told by an ‘experienced’ BG, (Bodyguard), and who is author of a ‘Bodyguard’ book, who stated that with an operational experience of some 25 years; “This is evidence enough that my procedures do work, that whatever I am doing are the right methods to use and therefore I do not need to change them”. Of course, it is quite possible to have a lifetime ‘career’ in CP without experiencing any actions or incidents untoward. Many ‘operations’ are as a result of employing such services as a ‘life smoother’ as opposed to planning for, countering and/ or reacting to any threats posed. As a result, such operations do not experience any real threats, actual, perceived or otherwise. After all, the potential for real danger on a day-to-day basis, in the UK for example, although present, seldom arises. This gives the individual providing the service a false sense of ability and true market worth. It also provides the client with a false sense of security and a false impression that the service he/ she has received has been excellent in every sense of the word including proper assessment of and preparations for risk mitigation. This ‘false impression’ as experienced by the BG is a form of dangerous complacency. A complacency that will become ‘in-built into the individual’s operational mentality’ and will be subsequently taken on to future operations regardless of any possible increased threat –

‘Nothing has ever happened before and therefore I am doing the right thing’.

The common misconception that ‘Operational Success’ is based on “… many ‘successful tasks’ are carried out and it’s due to the detailed planning and preparation..”, is in effect, naivety. If we do not know if that plan and preparation was ever tested – how can we therefore define the operation was a ‘success’? This is by no means ‘scaremongering’ but a willingness to witness the industry approach Risk, Threat and the mitigation of both as a means to use available assets as a continued and dynamic process through maximising proactivity. Only when we have an almost endless budget and resources will we ever get close to the provision of 100% security.

I have an analogy that is rather apt and very pertinent to our approach as to how we, as protective security specialists, define ‘Success’. During the Royal Engineers Counter-Terrorist Search Course, (a course in the delivery of searching for improvised explosive devices), the students are taught to never state; “This room is clear” or “This building is clear”, but rather, “I/ we have searched this room/ this building and found nothing”. The reason for this is based on the very fact that unless you take apart the entire building, you will never be 100% certain. A perfect example of this is after having discovered a listening device embedded into the walls of the US Embassy in Moscow during the ’80’s, the US decided to tear down the building and rebuild it thus maximising assurance of the new building being as sterile as possible. The direct association to protective security operations in this is that of hostile surveillance. As a pre-cursor to all planned hostile attacks – the absence of the protective security effort in identifying hostile surveillance does not mean it did not occur!

We cannot guarantee our operation was a success or not as the CT Searcher cannot guarantee the room is clear – and until we are tested. So. let’s not confuse the lack of any ‘incident’ with our level of professionalism in risk mitigation. The absence of any incident is no gauge for it. Our actions are all mere preparation for the event of any incident and when that time comes you will be sure enough to know whether to post on social media how ‘successful’ your ‘EP detail / ‘CP Task’ was. Remember; “The road to success and the road to failure are almost exactly the same.” – you just need to know you are on the right one and the surest way of doing that is not confusing the word ‘Success’ with the word ‘Completion’.

For a range of our related services: