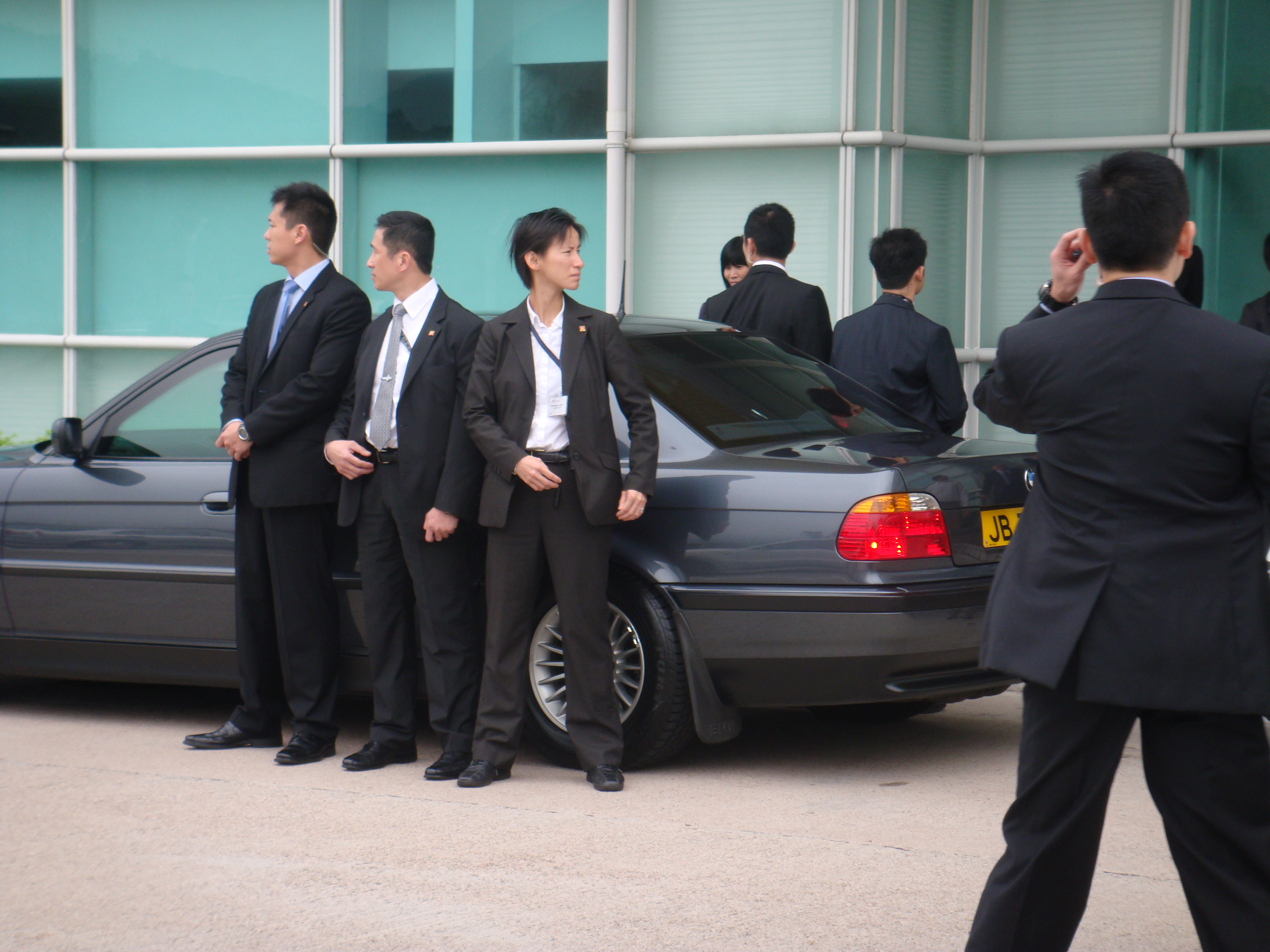 Prior to Licensing for the Close Protection sector in 2006 I wrote to the SIA stating that several training objectives in their CP course were missing and made recommendations in a review paper to them. As a twice member of the Review Committee for reviewing the National Occupational Standards for Close Protection after when licensing came into effect I did the same and wrote a book highlighting the inadequacies of their course content and duration – one of these was Physical Intervention.

Some 14 years later we see the SIA finally accepting that Physical Intervention should be included in their course. It will be at least 15 years in total before it comes into effect. How many more years will it be before the SIA stipulate industry entrance benchmarks or even the need for a Driving License is required?

Communication remains vital in defusing conflict. Not only those termed as ‘tactical’ but also the manner in which we ourselves speak to others to satisfy our aims but without causing further friction. However, although communication is a two-way process, it remains just as important to read the nonverbal, as it is the manner of the verbal. By striving to win the nonverbal we immediately act as a deterrent. In recent years, much emphasis has been placed on workplace violence. Courses and qualifications had been created under titles of ‘Conflict Management’ and ‘Conflict Resolution’. This emphasis had also been adopted by the SIA* as part of their core learning and qualifications in their ‘Conflict Management Module’ for a Close Protection license.

‘Physical Intervention Skills’ was listed under ‘Skills for Employment’ by the SIA immediately the regulator began licensing the sector in 2006, but they did not include it as part of the core competencies, and stated that –

As with minimum medical and physical fitness standards this subject is omitted in its entirety in commercial CP training objectives and requirements with the newly qualified civilian ‘CPO’ being absolutely untrained in any protection related or self‐defence combat skills and methods.

In 2006, the National Occupation Standards for Close Protection, created by SITO through their consultations with industry, of which the SIA chose some and not others in the creation of their own list of core competencies, did include a form of Physical Intervention Skills but this form was of ‘Control & Restraint’ and remains inappropriate and ineffective in a Close Protection environment. 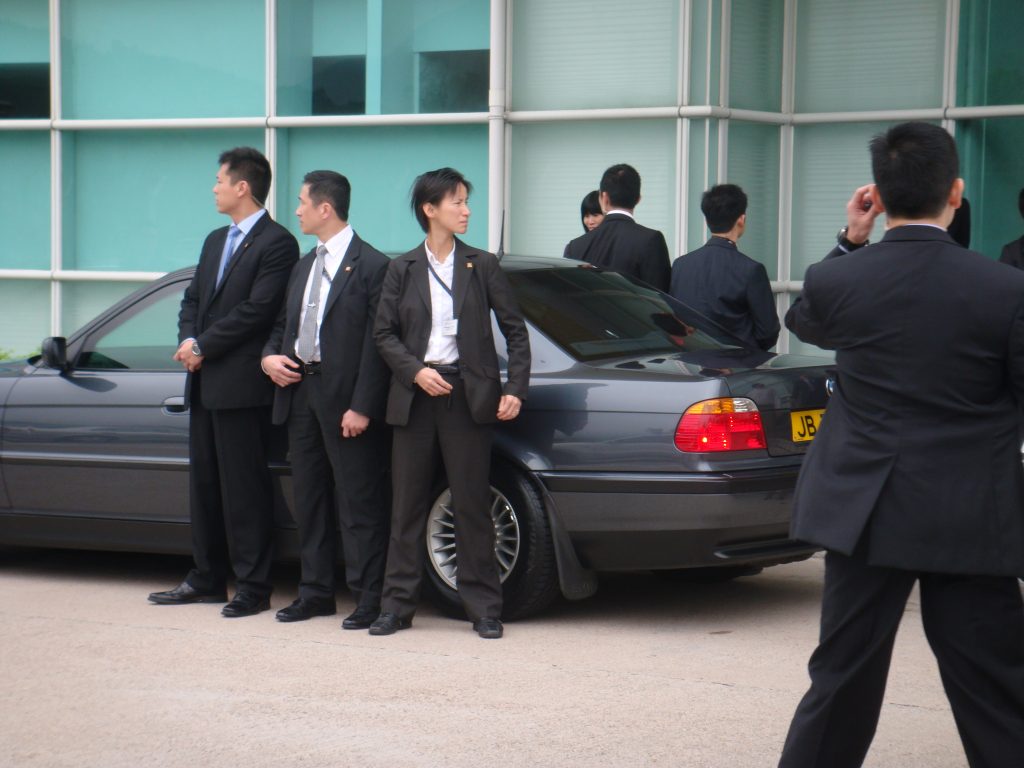 It must be appreciated that the SIA list of core competencies are based solely around CP operations within the UK, hence, the obvious absence of weapons training and related disciplines. However, in light of this, it must also be made aware the absence of unarmed combat training related to the protection of a third party, which is very relevant to operating in the UK as it is indeed elsewhere. The nearest description one could find relating to the subject is one of ‘Control and Restraint’ in ‘National Occupational Standards for Close Protection, Skills For Security’, under the heading, ‘Unit PCP 9, Control and Restraint to support Close Protection’ (2006). Control and Restraint (C & R) is terminology predominantly used by the Police, Prison Service and Health Service in the use of arrest and detention applications and can be defined as, ‘A method used to safely restrain a person that poses a serious risk to the health and safety of themselves or others’ (Royal College of Psychiatrists, 2006). C & R consists of holds and releases from holds and restraint positions. Therefore, should a BG be providing protection on his own as an individual bodyguard (IBG) and they and their Principal be confronted by multiple assailants, – no one is providing protection when one of the assailants is being restrained by the BG. Indeed, if we simplify the scenario further by reducing to just one assailant – how long should the BG restrain the assailant? If he is to release the restraint, the apprehended individual becomes an assailant once more. The Principal is certainly not going to wait until the Police arrive on scene. It is imperative that the BG must know how to diffuse a situation in handling those using verbal and physical attack whilst controlling and protecting the Principal at the same time. Methods must therefore be adopted for a gradual escalation and application of force that is reasonable on another, in direct relation to the force, or threat of force, being received whilst remaining within the constraints of the law. This can legally involve pre-emptive strikes. The legal definition for the use of force is; ‘A person may use such force as is reasonable in the circumstances in the prevention of crime, or in effecting or assisting in the lawful arrest of offenders or suspected offenders or of persons unlawfully at large. The primary function of a close protection operative is to ensure the security and the safety of the Principal. It is vital therefore that the CPO is trained in the correct methods to be adopted to conduct this role properly, effectively and legally. It is deemed highly inappropriate and irresponsible for this basic skill to be left to the responsibility of the employer and/ or training provider – if they so choose to cover it. It is a basic requirement and is one that simply must be mandatory in the training syllabus. In light of the facts present, it becomes somewhat a logical stance to incorporate a proper and mandatory core competency in Physical Intervention Skills as part of the curriculum for the CP qualification and license. ‘Skills for Employment’ are just that and it is imperative that this skill is trained and enhanced in wide ranging scenarios that may be presented in Close Protection.

We must be thankful that after 15 years the SIA has decided to agree with what I stated to them all that time ago but when they implement the core competency it has a duty to be:

Regardless of what is or what is not included as a basis for present or indeed, future government licensing, any CP course, whether military, police or commercial must include a solid process of instruction in Physical Intervention/ Close Quarter Combat. Not to do so is omitting a vital training objective that remains the very bread and butter of Close Protection ethos, aims and objectives – ‘Protect the Principal’.

Mobius International UK Ltd Close Protection Operators/ Bodyguards are all former specialist government protection unit having served as Personal Protection Officers to the British Royal Family, UK Prime Minister and other ministers, British Ambassadors and Senior Military Command Staff together with the provision of protection to specific persons of a targeted threat. In effect, we have re-written the commercial/ private sector approach by the delivery of the highest standards in Close Protection. By solely using former government CP trained operators, our level of service is unsurpassed.