Mobius has extensive experience in government counter-terrorist surveillance operations. We are the only company capable of providing systematic observation by covert means of a person or location by either visual, photographic or technical means throughout all five types of surveillance; foot, mobile, static, technical & aerial.

‘The systematic observation by covert or overt means of a person or location by either visual, photographic or technical means’

Surveillance operations are a means to acquire information and as a result of this information, intelligence. It does, or can, however, involve a great deal more than merely the following and recording of the movements of an individual. It must be remembered that physical surveillance tradecraft is only one part of an investigation project of which encompasses many facets. This is largely based on the five main reasons that surveillance is initially required:

As a means to obtaining the required information it may become necessary to adopt further and more intrusive surveillance measures. These could include:

Surveillance would also be conducted on individual(s) to confirm the opportunity to plant any of the above even though those individual(s) may not be directly associated with the reasons for the targeted surveillance operation itself.

The specialist skill set required in a typical operator are directly aligned to those we provide in the conduct of Penetration Testing and could include the following:

Electronics in the form of:

– Installation and use of covert cameras & listening devices

Information can also be gained through covert ‘Human Intelligence’ (HUMINT) sources. As far as government agencies are concerned, there are simply no limits to the capabilities of their reach. Almost anything is possible given enough time, some creativity (through Research & Development technical specialists) and a bit of luck. Although those involved in commercial operations do not have the same level of resources immediately at their disposal as their government counterparts it must be said that the information they can achieve is, or can be, close with the level of those of a government capability. This could involve manufacturing situations, stories, and backgrounds to gain information that would normally require identification passes, proof etc. The commercial world is based on the taboo concept of ‘contacts’. A contact that’s employed or operates within that specific environment the information is required from. Contacts such as those employed with access at banking institutions, mobile and landline telephone service providers, driver and vehicle-licensing authorities such as the DVLA, air handlers and even corrupt members of the police for information stored on the Police National Computer (PNC). Such information that is sold on can provide a spiral for further information. For example, from a contract mobile phone number the following can be gained:

Yet, within the confines of the commercial market, many such aspects are naturally illegal.

The composition of surveillance teams differs greatly in comparison between those who impose it:

At Mobius International, we’ve built a reputation as a security specialist over the last 30 years.

Mobius International have built a reputation as security specialist. Over the past thirty years we have developed a network of existing and former government contacts all over the world, including Europe, South America, Australia, Russia, Canada and Japan. We have provided protection services to Governments, Corporations, members of royal families, government members, the military and world business leaders.

Other specialist security services our team offers include:

For a professional and global specialist protection services, contact Mobius International today on 0207 060 5595.

The standards of operational conduct of our surveillance team and the results gained are unsurpassed. This is due to the training of our staff, only employing operators with those aforementioned backgrounds that possess extensive Counter Terrorist experience. Mobius International can provide surveillance operations at government level using innovative and proven techniques with constant reviews and detailed reporting. 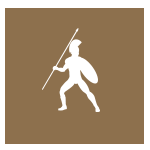 We pride ourselves on delivering a service based on integrity and dependability. Our operators have been trusted by royalty, governments and private individuals alike to provide the most comprehensive security solutions in the most challenging of situations. 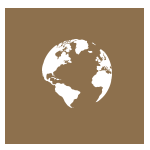 Experience spanning over 30 years in over 50 countries and across 6 continents enables us to bring clarity, transparency and professionalism to the market place.

With specialists in over 50 countries, we can expedite solutions both at home and abroad through our international expertise and local knowledge whatever the situation.